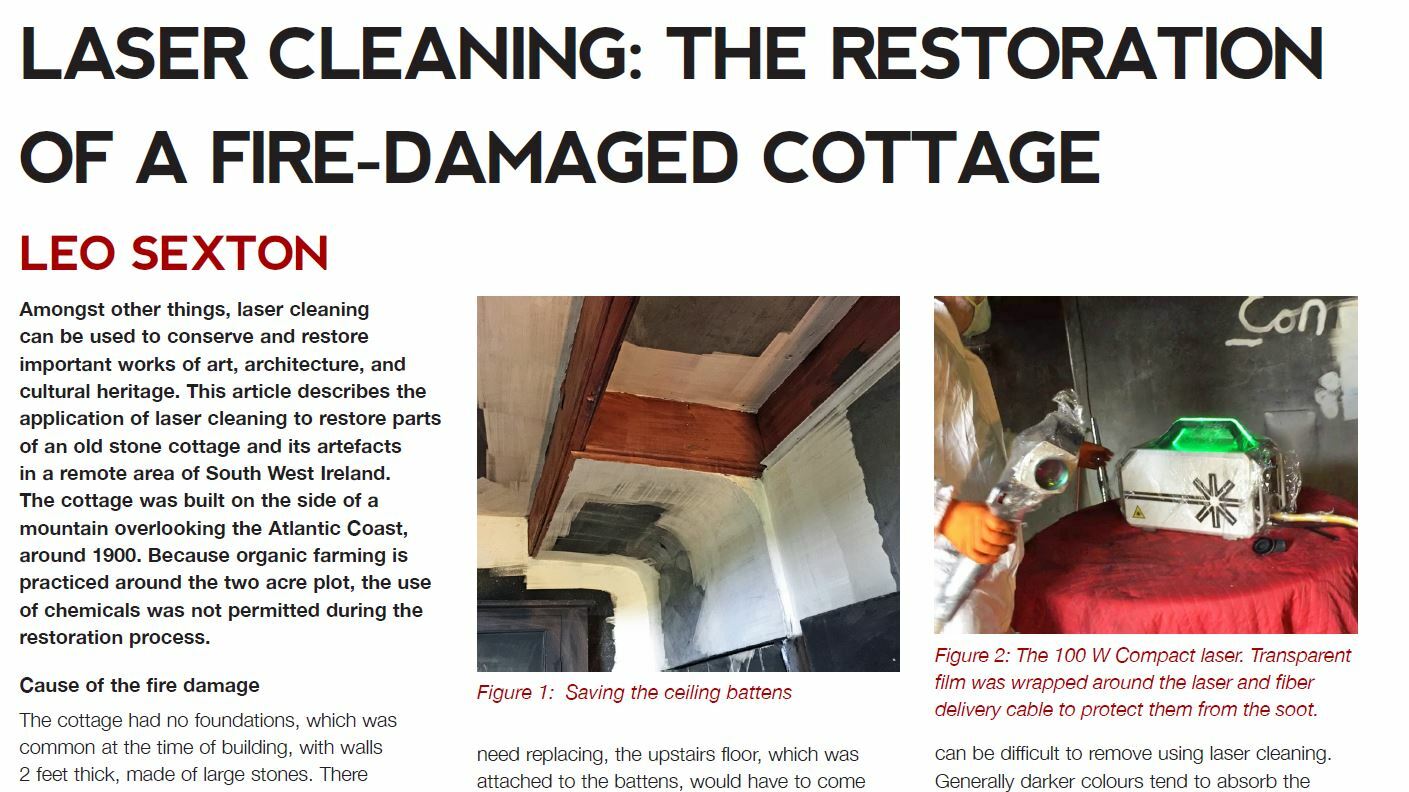 Case: Restoration of an old Cottage

Laser cleaning can be used to conserve and restore important works of art, architecture, and cultural heritage. In this case laser cleaning has been used to restore parts of an old stone cottage and its artefacts in a remote area of South West Ireland.

Cause of a fire damage

The cottage had no foundations, which was common at the time of building, with walls 2 feet thick, made of large stones.

Due to a violent fire inside the cottage, a considerable internal damage has been caused by the black acrid smoke that travelled to all parts of the house. Work began on restoring the cottage to its
original state.

Laser cleaning of the cottage

The battens in the house were a cause for concern. Only one of them was burned but the rest were coated in a sooty residue. Should all the battens need replacing, the upstairs floor, which was attached to the battens, would have to come down too. The cost for doing this would be quite considerable.

In order to avoid this, laser cleaning was employed and was able to remove the soot, both from the painted battens and the plaster board.

During the cleaning process they used the P-Laser Compact QFC-100 hand-held portable fibre laser at full power, with a programmable line width of 200 mm and adjusted the focal length to the maximum of 500 mm.